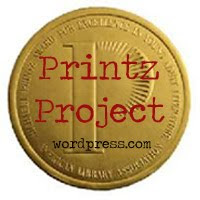 I love the Michael L. Printz Award, every year has a great selection of titles. Last year Jellicoe Road by Melina Marchetta won, and the Honor Books were chosen well. I like that they don't just announce one book as a winner, but they include a line-up of Honor Books which, I feel, is like choosing 5 books to win every year. It's hard to choose one book to represent everything that is good about YA/Teen publishing that year.
About a month ago I sent a general e-mail to the Printz Board people asking if there was a longlist of titles being considered for the 2010 Award, and I received a very nice response saying that any longlist of titles being considered is not available to the public. At first I was like, "oh, why not?!". But then I mentioned it to Dave, who I work with and who is a book trade knowledge guru, and he said that maybe Awards committees shouldn't release longlists or shortlists. It sends publishers into a printing frenzy and then, often, when the books don't make the number one spot, this printing overstock just sits. And that may not be a good thing for smaller publishing houses. On the other hand, it is nice to know who made the shortlist, because that is no small feat either.
Anyway, my lady also told me that the MLP Awards are being announced on January 18th, 2010. So I'll just have to wait. But until then, I could join The Printz Project, created by Suey from It's All About Books and Jessica from The Bluestocking Society. They have created an entire blog space dedicated to readers who are taking on The Michael Printz Award Challenge. And we're talking the whole list; 5 titles every year since 2000, the main winner and each year's Honor Books included. So, 50 titles, soon to be 55. Oop, make that 50ish. There weren't always 4 Honor Books each year.
But what a cool, and beautifully laid out plan. The Printz Project blog is so easy to navigate. Each of the 50ish books has its own entry with a brief synopsis and joiners are welcome to leave their own reviews, post comments and discussion, or leave URLs. It's an on-going challeneg which means there's no due date, per se, but there's been a bunch of traffic and reviews left already. Also, you don't have to sign up or sign anaything or make a lifelong commitment to the challenge. Read what you want when you want.
So I think I'll join.
Mandy
(Emily, I should have included the link to The Printz Project in my last entry!)
Posted by Words Worth Blogs! at 1:18 PM

You got an award over at my blog :)

The short reason why there's no longlist/shortlist is that the committee is closed. (Even YA librarians have no idea what goes on in the committee meetings.) The other quick reason is that field nominations aren't closed until December 1st, so nominations are still going on.

The long reason is probably something more akin to what you're thinking! Just think of how the publishers would react...

Ooh, I love the idea of "The Printz Project." I will definitely check it out later on.