In My Mailbox This Week

I didn't get any books in my mailbox this week or last. We're moving into the Christmas Season and I already have my books picked out for any time I'll have off. I started reading Beautiful Creatures and it starts out very promising! Although, being 600 pages I'll probably take the next month reading it. I have a few other things going right now, anyway. Like The Secret Ministry of Frost by Nick Lake, SO GOOD. 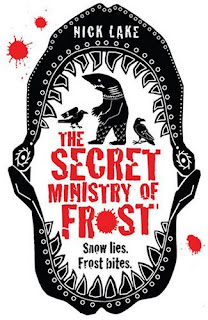 I DID get the newest issue of SciFi Now magazine, which I love reading in a hurried frenzy each month. Their book section always has some great little articles and reviews of teen books. SciFi knows that some of the best genre books are being written for teens and re-teen adults (I just made that last name up). James Rundle has this opinion piece called Franchise Wars. In effect:
"I don't have a problem with book series. That's not my point. I take exception with the fact that I can't seem to just read a story in SF or fantasy without knowing that there's another handful left to come before the story is resolved. It's tiring and it's been overdone"
Which I think is interesting because there are so many teen books which are serialized. And I have no problem with book series either. I have to admit that the Pretty Little Liars books annoy me a little bit because I have to read like 7 or 8 of them just to find out the central mystery. They are pretty good books so I don't mind too much to stop, but my worry is "what if the ultimate ending is not good enough?" Then I'm mad at having been made to read so many books, when I could have been checking out other titles, just to have an ending that didn't justify the series. This is working with the assumption that I don't just enjoy the books for what they are individually, but that I need satisfying overall closure to the story. 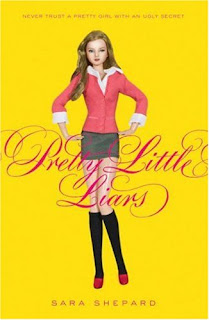 With TV being more interesting than many movies that are coming out, people are looking for longer stories with the same characters. Maybe it explains a little of the serialization of our reading. The cynic would say that it's all about marketing--keep popping out the same book, with the same characters but slightly different scenarios and you'll make a ton of money. As if people can't tell that they should stop reading becuse the books are getting bad.
What I think James might have been frustrated with in his article is the existence of bad books, serials or not. Because I mean, the Harry Potter books are really good--at least I think. I love that there are 7. I don't love all of them equally, but I don't think the type of integrity the story took on by the later books would have been managed without the build-up of the earlier books. And each book in the series has its own integrity and strengths (and weaknesses). So I think that good stories aren't weakened by being serialized, and that bad books are bad books--it's just worse when a bad book says "Book One". 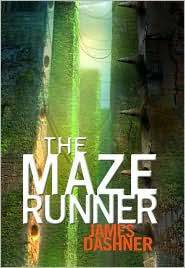 Actually James also mentions that it's annoying when you're reading a good book and nearing the end you realize that you aren't going to get a resolution because a sequel is in the works. I agree totally. All books in a series should stand alone as a good story in its entirety, with an ending that doesn't make the reader feel like she's been had. A great example is The Maze Runner by James Dashner. It ends and you really really need the next book. BUT, it also leaves you completely happy with the story you've just read by itself. The end clears up a big part of the driving force of the story and then introduces another level which you can expect to be explored in the second book. This is a difficult but necessary balance.
What about you? Do you love or hate book series? What books are necessary as a series?
Mandy
Posted by Words Worth Blogs! at 7:24 AM

What's necessary in a book series is a beginning, a middle, and an end. There could be as many books as that author can write to convey those parts as long as there are no fillers that scream "I wrote this because my wallet was hungry."

Pretty Little Liars is not one of them. They are good because every time I finish one, I would have threatened to tear the book in half at least three times because I can't believe I have to wait for the next books. That's a nice feeling. I'm hoping the last book does justice to the series. There are only 8 of them, oh so sadly for me.

I love both series and standalone, but I do admit to enjoying short, planned series, like the Patrick Ness books. Then again, the Obernewtyn books are also some of my favourites and they have been being written for TWENTY YEARS, hehe.

Hmm... You know, usually I'd say I like standalones, or self-contained stories in a series, but then a book like Kathleen Duey's Skin Hunger comes along and contradicts my words. ^^; I do think those are exceptions to my taste though, wherein I become so invested in the characters and have full confidence in the writing to the point that I don't care that the story arc wasn't finished in one book.

btw I gave you a blog award, you can see it here =D

I'm right there with you on the 'books must stand on their own' thing. I can't stand series books that don't have their own story and plot. I always feel unfulfilled at the end...

Mandy! I just love your site! It is always a pleasure to read your reviews & I was excited to see the Maze Runner in this one. I just finished it myself & loved it.

Oh I was given a blogger award and wanted to pass it on to you!

I popped over from Southern Princess's blog. Great site! :)

I love a good series, but you are exactly right - it is far more satisfying if each book leaves me satisfied, but wanting more.

A few of my favorite series:
The Ranger's Apprentice
Fablehaven
the Septimus Heap series
The Last Apprentice
Percy Jackson
Inkheart
The Hunger Games (of course)
and I absolutely LOVED The Maze Runner! :)
www.shannonkodonnell.blogspot.com

I have a hard time choosing. A series done well is a beautiful thing; I read a lot of series because I read a fair bit of fantasy, and trilogies+ are quite common. But I do admit I really prefer those that can stand alone even if they are in a series; I can also get behind shorter series (a trilogy tops) that contain an over-arching story. Some stories are too epic to be told in one novel so split them in two or three, sure.

I also absolutely love books, like Charles de Lint's Newford books, that aren't necessarily what I would consider a series but are set in the same place and connected by (sometimes tenuous, sometimes obvious) threads. It builds up a feeling of immersion in a place and a deeper fondness for certain characters than I think can be created in a single, stand-alone novel.

What I do hate is when I read a book and realize AFTER that it's going to be a series because the cliffhanger ending has kicked me in the stomach. Yes, Leviathan, I'm looking at you.

I SO need to read the Maze Runner.

I like what you said about The Maze Runner. So many people were disappointed with the ending, I just loved it.