Yesterday was a good day! 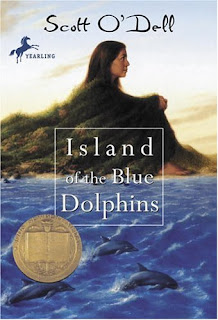 Yesterday a lady came into our store and asked if we could choose about $1000 of books for teens for a library she's starting. And she wants us to choose the books. For teens 12-17... $1000 worth...Me...choosing books for a starter library...

It was the best ever.

I'm looking at the list of things I pulled off the shelves, now, and I'm getting all dewey-eyed. I walked around with a shelving cart and weighed the pros and cons of each book. I approached it thinking that this might be the first library someone walks around--what can I hook them with to make them lifelong readers.

My lady wanted to have copies of Twilight and Harry Potter, which I included happily. More so the HP books. She also wanted Eric Walters, which is what all Canadian libraries make sure to have. You wouldn't think that $1000 might go pretty far, but I had problems choosing between titles. What was necessary?

We didn't have a copy of How I Live Now by Meg Rosoff, but I did include What I Was. I put a few titles in by Neal Shusterman because I love him and I think he's great for guy-reads. Everlost, Unwind, and Downsiders made it into the boxes. Also, The Schwa Was Here, w 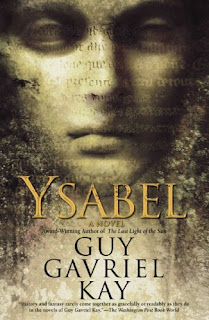 hich I haven't read but will very soon.

I included a copy of Island of the Blue Dolphins by Scott O'Dell, because I LOVED this book when I was younger. I added a copy of Beige by Cecil Castellucci because it's my favourite. I totally couldn't forget to include all three of books of the His Dark Materials trilogy by Phillip Pullman, and also a copy of The Bell Jar by Sylvia Plath.

I've only read The Hobbit and the first Lord of the Rings book, which I thought was okay, but I put the whole series in because I know so many people who felt these books to be so important when they were young. I stuck in a copy of Ysabel by Guy Gavriel Kay to introduce people to a fine Canadian fantasy writer. Same for the copy of The Broken Thread by Linda Smith I included. Beautiful fantasy writing. Oh, and also Graceling by Kristin Cashore...and The Wand in the Word, an anthology of interviews with fantasy writers which I loved reading.

Anything we had by Shannon Hale was included. Nameably Goose Girl, Princess Academy and Book of a Thousand Days, which are my top three. 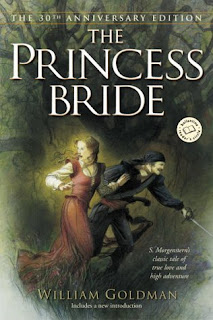 Kiki Strike by Kirsten Miller is awesome fun, and Wildwood Dancing by Juliet Marillier is beautiful.

Maniac Magee by Jerry Spinelli, Poison Study by Maria V. Snyder, White Darkness by Geraldine McCaughrean, a ton by Kenneth Oppel, City of Bones by Cassandra Clare, Wicked Lovely by Melissa Marr, Princess Bride by William Goldman (I Know!), The Vampire Diaries books 1 and 2 ( I know, I know), Pretty Little Liars by Sara Shepard (I am surprisingly into this series!), The Boyfriend List by e. lockhart.

Poetry by Susan Musgrave. She's so visceral and such a witchy woman; a luscious writer. 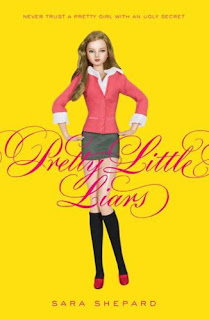 A bunch of Scott Westerfeld. All titles by John Green. King Dork by Frank Portman.

And Kissing Kate by Lauren Myracle. Have you read this book yet? It's so good. Same for Someday This Pain Will Be Useful to You by Peter Cameron. OH, and Vinyl Princess by Yvonne Prinz, of course.

And many more, actually. I had a blast choosing them. I only picked papaerback, to go easy on the budget, if you're wondering why I didn't pick some great newer fiction. Like The Maze Runner by James Dashner or Half World by Hiromi Goto. Next time.

What would the essentials be in your starter library?

Mandy
Posted by Words Worth Blogs! at 6:21 AM

O now that sounds like fun! And such an honor!

This is AMAZING! I'm so excited for you! You picked some great ones -- yay for being boy-friendly and getting an awesome variety! And seriously, heck yes on The Princess Bride. Did you include any of Meg Cabot's books? Talk about funny and great for a reluctant reader. And the first Sisterhood of the Traveling Pants book.

And even though you stuck to paperback, I totally would've done a Hunger Games/Catching Fire inclusion. And If I Stay and 13 Reasons Why.

And I haven't read Kissing Kate, but I loved Myracle's Peace, Love, and Baby Ducks.

Wow, what an amazing task! It must have been so much fun to choose books, but really hard too, I can imagine! I'm sure you did a great job though! ;)

And what an awesome lady! It must be so much fun to start a library :)

That sounds like some kind of beautiful dream. What I wouldn't give to have $1,000 to spend on books! You did great. Did you include any Gary Paulsen, Ben Mikaelsen, or Chris Crutcher for the boys? :-)

Wow. That is beyond awesome, getting to choose books for a library...Just, wow. Great choices! :D

Okay, so this is really geeky but YALSA (the Young Adult Library Services Association) had this idea last year to compile a list of the best YA if you only had one shelf in a library to fill.

You (and everyone else) can see the list on their wiki here: http://wikis.ala.org/yalsa/index.php/YA_Bookshelf_Project

It's definitely more than a thousand dollars worth of materials, but it's a great source to look at if you're building a collection.

Juju: I know! Thanks!

Donna: I'm glad you see my boy-friendly-ness, which is something I don't know if my blog portrays, yet.
I haven't read any Meg Cabot. Any suggestions on where I'd start?

Shannon: Ben Mikaelsen, huh? I'll have to look him up. I DO like Chris Crutcher, but we had none in stock!

Katie: Awesome, thanks so much for this link! I'll check it out for sure. I can hear my TBR pile groaning already. :)

I answered your question here.

Right! I was reminded by Literature Crazy that I meant to comment on this.

So, in my Collections Development class at library school, we got to do something similar except not for real -- we were given a budget, parameters, and a set of resources to build what is called an "opening day collection" -- just the bare-bones basics, what you would have to have in your library the day it opened, with the understanding that you would then be fleshing it out as the library stayed open. This forced us to figure out what our priorities were, and then we had to make choices and write a report (mine was something like twenty pages) justifying each of our decisions. My topic was "Gypsies" for an academic environment -- yes, the term was deliberately chosen despite its pejorative connotation, because I had to then dig into the topic and figure out what that term encompassed, and look past the prejudiced term into what would belong in an academic collection. If I chose to exclude the Irish Travellers I would have had to justify that, and so forth. My budget was something like $18 000. Which had to include subscriptions to journals, textbooks, electronic resources, and rare academic and out-of-print titles.

It was SUCH a cool exercise! And it made me want to become a collections librarian (buying books with other people's money? okay!) even if I'm not quite there yet.

It also made me realize how *huge* the world of books is, and how money just really doesn't go that far. $1000 *sounds* like a lot, but you must have been scrambling to keep within the budget. I love your choices, though.