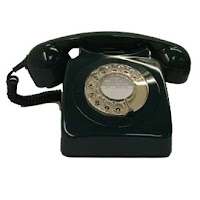 This week for *Ask a Bookseller* I was asked by Katie from Read What You Know:

How would you like to interact with librarians in your community?

I just watched the movie I Love You, Man with Paul Rudd (which was awesome) and I have a similar problem finding librarian friends that he had finding guy friends! I haven't been able to break into their world. I really DO want to call out each week as I go into the library, "Just a bookseller here looking for teen books if anyone wants to come over for a chat, I'm gonna be here for like an hour".

Actually, I have this funnysad story of me asking if I can join the teen reading challenge this summer even though I'm not a teen. It was a read-as-many-titles-as-you-can-that-are-supernatural/paranormal-in-nature challenge! I just got this really bad why-would-y 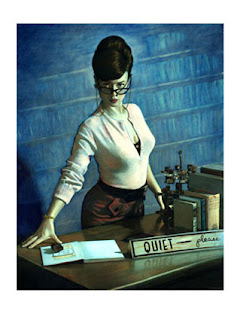 ou-want-to? look that actually made me shudder. My library is the downtown location and I can tell that many of the ladies there are defensive only because they have to deal with some pretty crappy everyday things. One day some punk kids were running around toppling the planted trees and screeching. So they often have a lot on their plate.
But I would love to have the type of relationship with librarians in the sense that we could inform each other about great books. Like, the world of Manga is a world unknown to me. But my librarian friend Kiirstin (a book a week) reads them and reviews them frequently. She's totally won me over to the whole phenom with her reviews. And apparently they are pretty popular where she works. But, I can count on one hand the amount of Manga titles we've sold at the store. And that's mostly the special orders people place with us for particular volumes. So, what titles are we not carrying that we should? I have picked this info up from Kiirstin (thanks!).
I would also like for booksellers to have a role in all the cool awards that librarians get to choose and be on boards for. It is this whole other world of books that we don't get to be in. Our stigma, possibly, is that for a bookseller a book is an awesome literary experience but also an item of commerce. We sell books and therefore don't care as much about people reading or promoting cultural excellence. And I think that sucks.
I have just finished reading Harry, a History by Melissa Anelli, queen of The Leaky Cauldron the number one Harry Potter fansite, and she constantly mentions the role of independent bookstores in not only promoting Harry Potter titles but of helping to initiate its success:
The books were still all but nonexistant in the big chain stores. The hand-to-hand selling and word of mouth that had occurred in the U.K. was now mirrored in America, for a reason: independent booksellers had the luxury of choosing what they wanted to feature; they could decide what they liked and wanted to sell instead of going by incentives from corporate headquarters...by recommending it to the first customer who came into the store or putting it on display up front--before clearing their decisions with corporate higher-ups.
So we don't just sell books, we keep our eyes peeled for important literature. Which is exactly why indie stores are cool; we get to choose what we promote and handsell and my own choices come from my own reading experiences. I am totally about pairing the right book with the right person, and introducing great and important books to their readers. Isn't that also what librarians do?
Librarians are very important people and through history have stopped books from being banned, and have been the keepers of knowledge. They are a great resource for keeping great books in print by keeping people reading those titles and demanding them. And to that I say a resounding "Can I play too?".

Thanks, Katie!
Mandy
*Ask a Bookseller* is a weekly question and answer posting that happens every Monday. Leave your questions in the comments field or e-mail them!
Posted by Words Worth Blogs! at 6:58 AM

I want librarian friends. They always know about the coolest newest books.

On a slightly related note, I used your reviews today to justify recommending Shiver, Intertwined, and Hush, Hush for purchase by our library today. :) Thanks!

re: teen reading challenge story... To be honest, I get the same funny feeling if I approach the wrong people there. Sometimes they can be really scary, or at least stand-offish. I hate that. Librarians are supposed to be the anti-scary, and I take the anti-scary part of my job very seriously. What's worse is that a lot of librarians are very strongly anti-teen, which really ticks me off. It's like everyone under the age of 11 and over the age of 18 is a human being welcome in the library, but teens are something else entirely. It's like they like the *concept* of teens reading, but in actual practice can't handle it. /end rant

Interesting point about the awards and so forth, though -- I hadn't ever really even noticed that. Which may say something about the problem. Maybe there should be more awards, or existing awards should be changed, where independent booksellers contribute to the judging. That would make a lot of sense to me.

Okay, I'm ridiculously uber-late posting on this post, but better late than never?

I feel the exact same way -- that I wind up wanting to say "Can I play too?"

For the record, I would so let you do our teen reading challenges.