How cool is it that the week where I'm celebrating dystopian teen fiction, I get an ARC of an appropriately themed book? 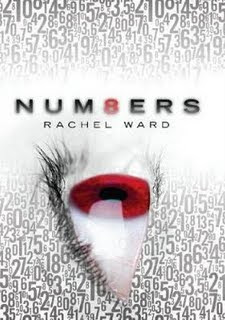 Numbers by Rachel Ward looks really great. It looks like it was originally published in the UK, and is available in North America in February. The author is writing the sequel for it.
Jem looks at people and sees numbers in her head. It is the date of that person's death. It makes her avoid relationships until she meets Spider, someone like herself, and she takes a chance. There also seems to be a scifi angle in the story too. I don't want to look too much into the premise because I am sufficiently intrigued. I want to retain the mystery of the story and find out as I read.

A thing I love about galley editions of books is that sometimes you get neat extras. Like in the case with Numbers, there's a little introduction by the publisher that won't make it into the finished edition:

This is a startling book. It starts off as the ultimate thriller, and turns into an incredible love story, too--even though, to the end, the countdown clock is tick, tick, ticking! 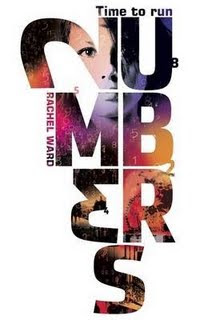 What if you knew the day that someone, anyone, everyone would die? Everyone, that is, except yourself. How could you possibly live with such a terrible secret? How could you ever look a friend in the eye if you'd only, always be reminded of his expiration date?

Rachel also has a website and I found this neat little blurb in her Q & A:

‘Numbers’ is a book for teenagers and young adults, although I think a lot of adults would enjoy it as well. It’s the story of a fifteen-year-old girl, Jem, who can see a number when she looks in someone’s eyes – the date of their death. She gets involved with a boy at school, Spider, who she knows only has a couple of months to live. On a day out in London, Jem notices that people in the queue for the London Eye have the same number, and it’s today…

It’s a thriller, but it’s also a love story. The idea came to me on one of my early morning dog walks. I was influenced by Philip Pullman’s ‘Northern Lights’ in which a girl has an extraordinary gift. It made me think about how someone with a gift would fare in the UK today. I was also fascinated by the TV series ‘Six Feet Under’ which was set in a funeral home and featured a death scene at the start of each episode with a name and date of death on screen. It made me think that there is a date out there that will apply to each of us. Would it make any difference if we knew it? Turning 40 also made me ponder mortality, and as I was thinking about it quite a bit, I thought that perhaps I should write about it. Maybe it was therapy and I was writing my way through my mid-life crisis!
The top cover is what my copy looks like. The bottom cover is the UK edition.
Mandy
Posted by Words Worth Blogs! at 6:23 PM

This book sounds fabulous! I'm glad you mentioned it...I'm going to get my library to order a copy. :) Great pick (and lucky you)!

Numb8ers looks cool, I was lucky enough to snatch an ARC copy at a bookstore so I'm excited to read it :) Enjoy!

This book sounds interesting, thanks for posting about it!

So Many Books, So Little Time said...

is a really fantastic book. Hope you enjoy it as much as I did!

So Many Books, So Little Time said...

is a really fantastic book. Hope you enjoy it as much as I did!

I'm waiting none too patiently for this one. Let us know what you think!