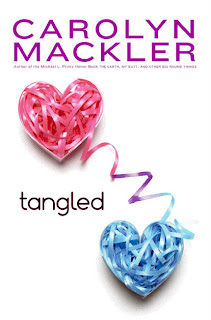 Here are a few great things happening that I want to tell you about:

Win one of TEN signed copies of Tangled by Carolyn Mackler at Harperteen.com. You can also have a sneak peak at the book, or take the quiz to see what character you are most like (I won't even ATTEMPT the quiz because I loved Jena so much--I'm sure I'm her). You can also read my own review of Tangled here, as I recently enjoyed it. Along with Vegan Virgin Valentine, a Mackler backlist title.

And for a limited time you can read the FULL TEXT of Lesley Livingston's Wondrous Strange. Darklight is the sequel and it just came out in January. I read and enjoyed Wondrous Strange before I started blogging, and so never go 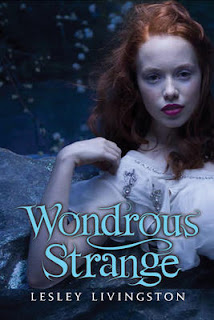 t around to writing a full review. I'll include one when I read and review Darklight in the near future.

And Inkpop has become official after a soft launch in 2009. Inkpop is HarperTeen's "interactive writing platform and community for teenagers". You can post stories and give feedback on what you read there. There's also a forum. An editorial board of people from Harper Collins are onboard to give helpful comments and feedback. It sounds great for hopeful writers out there.

YAnnabe blog has a hugely growing list of unsung heroes of YA from 2009, after all the awards have been announced. I LOVE the idea of lists like this because there are so many books which absolutely should be read. Essentially all of her picks, minus the two I've read already, have gone on my to-be-read list. But other bloggers have hopped on the train and are collecting their OWN lists. The whole thing is very cool.

Ohh, thanks for the awesome links! I'll definitely have to check them out. :)

I love the unsung heroes list!
Great links, thanks!

Sweet! You rock! Thanks for the heads up :)

Thanks for the links