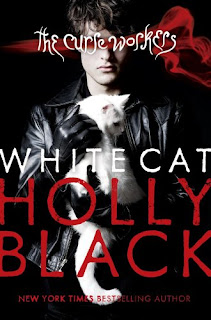 Labels: For the Dudes, Reviews A-I, Spooky or Action-Packed

MY gosh, how DID you get a copy? I can't wait to read this one.

This sounds so fantastic. I've read two of the Spiderwick books, and I was really impressed with her writing at that age level. I am very keen to try this out!

I saved your review until I had finished the book -- it was amazing! I cannot wait to see where this series is going!