I have had the great fortune to interview (via e-mail) Hiromi Goto (right, top), author of Half World, and Jillian Tamaki (right, bottom), Half World illustrator. When I read Half World, an eerie and fantastically imaginative tale, I was blown away; it’s such a unique story. And then I had questions, Oh so many questions! And Hiromi and Jillian were generous enough to respond to my exciteable fanmail. What follows is an amalgam of separate interviews, combined for an organic read:

(Mandy) I found the first chapter gripping, Melanie's parents fleeing Mr. Glueskin and the nightmare denizens of Half World. Your story can be so dark and even gruesome at times, which I love because it's a tale for a younger audience. What 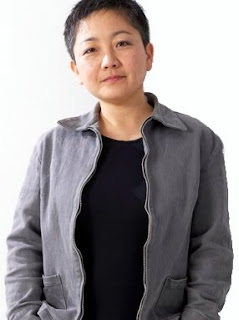 made Half World a story that needed to be written for younger people? Can kids handle this type of darkness?

Hiromi Goto: Childhood is often socially constructed as an "innocent" site, but children are the most vulnerable to poverty, violence and abuse. They are dependent upon their caregivers and have no individual rights. They are also often inadequately protected by programs meant to protect them. Even for children who do not grow up in such dire circumstances, there is so much darkness in the world around them that cannot be justified or eliminated (i.e. war, rape, abduction, violence, sexism, racism, etc.). Half World is a story about the potential and capacity of a girl to move from despair and into light. In our lived lives there is no age limit as to who enters darkness. I think children and youth are often closer to the darkness than adults or parents imagine. To speak these things is a way to be able to understand it and move toward being an active force rather tha 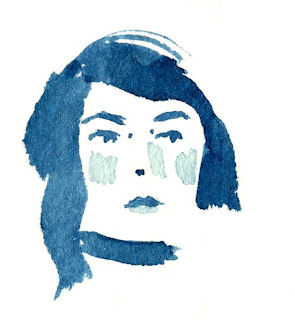 n passive. Children understand darkness. I think they need more examples of how to move through and out of it. And, if we also turn to original fairy tales and folk legends, there's a long legacy of horrific tales written for children. These stories can be cathartic and the symbolism found in them resonates on many levels. Like the workings of dreams and nightmares....

(Mandy) Mr. Glueskin is a great bad guy! His presence in the book is so strong; he is a consummate bogeyman. Where did he come from and did he scare you when he showed up?

Hiromi:
Posted by Words Worth Blogs! at 9:19 AM

This is such a great interview with Jillian Tamaki - her work is just incredible. I just picked up this book + can't wait to start reading!!

Nightjar: Hey, you! Thanks for checking my blog. :)
You would LOVE Half World!