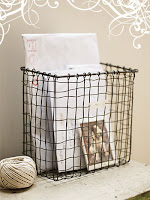 This week I received a few amazing looking books which are available in the new year. I will probably read them closer to their publication month so the review isn't too early. But here is a sneak peek at some exciting new titles:

The Secret Year by Jennifer Hubbard. This book "combines the forbidden romance of Romeo and Juliet with the tension and turf wars of The Outsiders". Sounds cool. It gets more complex when the main girl dies and no one knew she had this secret boyfriend. Now he's looking into the nature of her death and wondering who Julia really was. The Secret Year is a first novel and available in January.

The Mark by Jen Nadol. Another debut novel, this one is about a girl named Cassie who can

see when someone is marked for death. The back cover doesn't give me much about where her story leads, but it looks interesting. Maybe more of a character story than a paranormal action/adventure. This one comes out in February. It also shares the same cover art as another 2010 debut, The Girl With the Mermaid Hair. Oh, neat, only the ARC has the profile of a girl-with-blowing-hair-identical cover; the book will actually print with a girl blowing one of those white dandelions.
Bleeding Violet by Dia Reeves. I was so excited to get this one! I'm just so fascinated by the cover art. I mean, here is a bit from the back cover: Expertly merging real issues like racial identity and mental instability with thrilling fantastical eccentricities, Bleeding Violet is not to be missed. The back doesn't give a lot more than this and I'm intrigued. Another first novel, available in January.

Also, and I had no idea, John Green *cue angel chorus* and David Levithan have combined their awesomeness to create Will Grayson, a novel about two boys with the same name and something to do with a highschool musical. I'm in. It is available in April and the cover is shiny.
A few others of note this week:
Gone by Lisa McMann. Third in the Wake series. I guess I better read the first one! Actually I have heard some awesome reviews about this series. Available in February.
Boys, Girls and Other Hazardous Materials by Rosalind Wiseman. She's the author of Queen Bees and Wannabees, the non-fiction book about teen girls and surviving gossip and bully

ing at school. This one is fiction and looks like a social drama involving hazing and cliques. Available in January.

January is going to be a great month for reading, if I survive retail during Christmas!
Mandy
In My Mailbox is a weekly meme hosted by The Story Siren.
Some other things that have happened here this week:
An interview with Shannon Hale
Book Giveaway Crazy Beautiful by Lauren Baratz-Logsted
Book Giveaway Perfect Chemistry by Simone Elkeles
Posted by Words Worth Blogs! at 6:24 PM

Wow, some really awesome books in there, and what a cover on Bleeding Violet!

Wow, some really awesome books in there, and what a cover on Bleeding Violet!

I want them all...the secret year, bleeding violet, the mark. all sound AMAZING.

I WANT ALL OF THEM! Like, now. :-) hehe. But seriously, I agree with you - they look amazing, how will I survive until they release, etc. etc. Great post. I hadn't heard of Will Grayson, Will Grayson, but I looked it up, and it sounds stellar. Thanks!

Great books. I love the covers of all of them. They definitely are wicked. Hope you enjoy reading all your books.

Wow, I really want to read The Mark and Bleeding Violet. I love John Green so Will Grayson will be a must-read too. Much to envy here!

OMG, you got The Mark and The Secret Year, I'm so jealous here!!! Enjoy reading your newly acquired books! :)

You got some great books! Bleeding violet sounds so good! Have fun reading them!

I am seriously jealous! I want ALL of them (except The Secret Year, I already have it).

I am a first time visitor to your blog, but I will definitely be returning. Your blog is awesome and I am excited to read your reviews of you IMM books.

I've never heard of Bleeding Violet, but it has an AWESOME cover. Great books this week! =)

Bleeding Violet has a great premise!

The Secret Year sounds really good, I really want to read it. Enjoy!

Oh, wow you got AWESOME books this week! Enjoy :)

wow! I'm oh so jealous of The Mark!

The Mark does sound good!