When I read Hate List, released in September, I was floored. Here is a book about a school shooting with a focus on how you would make a life beyond this tragedy, pick up the pieces and move on. And with every good book I've read I had SO many questions! So I google-stalked and accosted Jennifer for some answers (really I asked politely, please do not accost Jennifer as she's a sweet lady), and I got them. Thanks again, Jennifer! (with apologies for my emotional attack on Valerie's father, read below) 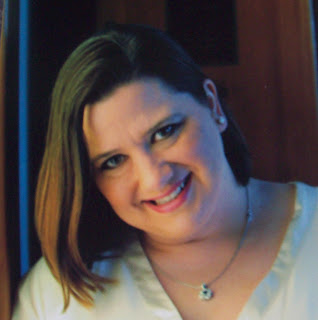 Hate List is your debut novel and it just released in September. How has the ride been so far? What kind of responses have you had to your book? It must be very exciting for you!

It's been a cuh-razy ride! Mostly ups, but the stress occasionally gets overwhelming. One thing's for sure -- launching a book is tons of work for everyone involved! But I've gotten lots of great response to the book. I've gotten a couple starred reviews (Publishers Weekly, School Library Journal... holy crap! Is this my life?!), and have gotten tons of excellent feedback from readers.

Recently, I received an email from a girl who'd done a book report on HATE LIST for school. She sent me the assignment, which was so beautiful and lovely and well-written and... wow, she totally and completely got what I was trying to get across in HATE LIST. That is always such a proud moment for me -- when readers really "get" the message I was trying to convey. And then she told me that she was now going to pursue her dream 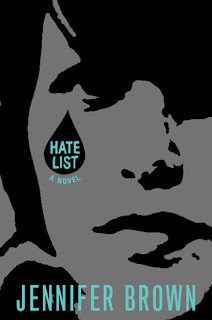 of becoming a writer because she wanted to touch readers the way I did with my book. And that right there has probably been the highlight of the whole process so far.

Was it ever hard on you, writing Hate List? Anything that felt a little impossible or too tough to write about? I have to say that a few times while reading it was tough to be so involved emotionally, which made for a truly great story.

Well, only inasmuch as it's hard on me to write any story. Once you create a character that you really like, and then you flesh her out into someone you really love... and then you crush her dreams... that kinda sucks just a little. But it was maybe a little bit easier for me to write HATE LIST, emotionally, than it is for readers to read it, because I knew how it was going to turn out all along.

Also, it helps that I write a weekly humor column. I get to "lighten up" the mood a little bit once a week. It helps to spend at least a day working on lighter stuff.

There is light all through Hate List, even at its darkest. How important was it for you to allow this light into the story? Was it always your intention?

Oh! *claps* I'm so glad you saw the light! Yes, it was very important to me to keep that light in there. Because that's what it's all about, right? The hope that one day we will all do better than we have been doing. One day we'll all get it.

I do believe that the light really exists, even in the darkest of our hours, and that if we look at and really concentrate on that light... we just might change.

You wrote a very human side to Nick. Actually, I felt, like Valerie, that I only ever knew him as someone who loved his girlfriend. Was it important to you to include this side to Nick? Valerie’s experiences of him, his humanity?

Actually, this is where I need to give a nod to my editor, T.S. Ferguson, because this was something that I did not initially explore in the original draft of HATE LIST. I figured that we could just rely on Valerie's word that Nick was a decent person, and that if we trust Valerie, we can trust when she says he was good. But T.S. really felt we needed to "see" more of that romance between the two of them, and after thinking about it, I agreed and went back to add in the "more human" scenes. And... T.S. was right! It worked!

Is there anything redeeming about Valerie’s father and his reaction to her after the shooting? If Hate List had a sequel, how would his character end up?

Okay, so I've made some people quite mad with Valerie's father. If I had a nickel for every time someone said to me, "I just wanted to slap her parents!" I'd be one rich writer. Anyway, here's the deal. I don't think Val's dad is all that horrible. He's not great at unconditional love, that's for sure, and he's not a great parent or husband, either. But he's human. And humans have flaws -- sometimes huge and ugly flaws!

I think what makes readers so mad at him is that he's the dad, and dads are supposed to be there always and love their daughters always and have forgiveness always, and he's just not doing it. But just as Val wishes for her dad to see her as she really is... she maybe needs to see him for who he really is. He's not a monster; he's just a failing dad. He's scared. And he's selfish. And he's shut down. Sucks, but that's who he is.

If there were to be a sequel, I don't know that there'd be much change in that character. But maybe not only because of him. I'm not sure if Val will ever let him in. And it's hard to make changes when you're locked out.

Valerie and Nick have similar reactions to being bullied at school, creating the Hate List to deal with their emotions. But the Hate List is used for extremely different purposes by each character. And their ultimate reactions to being bullied are very different. What is the difference between Val and Nick and how did that affect their choices and actions?

Oh, boy, this is a tough question, because you're essentially asking me what makes one person snap and another not snap. And I think there's no real answer to this. If we had answers, then we'd be able to stop it from ever happening again. Is it a matter of Valerie being, at heart, good and Nick being, at heart, evil? No, I don't think so. Is it a matter of her having other choices and him not having other choices? No, I don't think it's that, either. But what is it? I just can't say. I wish -- really, really wish -- that I could.

Here is my review of *Hate List*
Jennifer Brown's Website and Blog
The funniest blog entry ever crafted
Hate List chapter One
Mandy
Posted by Words Worth Blogs! at 10:25 AM

Very nice interview!!!! Also thanks for the love on fresh face friday =)

Juju: Thanks, it was a really cool interview to come up with questions for.

Rachel: Thanks! Congrats on being a Story Siren Fresh Face. Very cool.

You asked great questions! You really get to know more and more about the book! :)

Awesome interview! I just loved this book. One of my favorites.