I love lists, especially book lists. When I was preparing my own list of dystopian fiction to read this week, I kept seeing one title pop up on more than one occassion: How I Live Now by Meg Rosoff. I have already read this book (actually it ranks as one of my faves of all time), and my initial reaction was an incredulous "hehn?". On the one hand I can totally see it; How I Live Now has a whiff of specualtive fiction about it. But I was interested to know what Meg thought about the categorization of dystopian in general, and in particular in relation to her books. Read on for Meg's response. 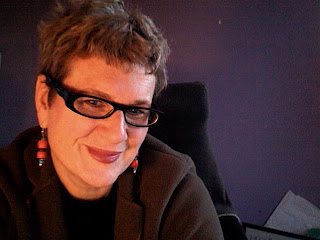 Is it terrible to admit that my heart sinks a little when I hear the words “dystopian fiction”? As for “dystopian teen fiction”, well, I might have to take to my bed. All those flooded, ravaged worlds, burnt worlds. The last man (or woman or child) alive. Ecological disasters, global warming, nuclear war.

I’m enough of a depressive already without all the handbooks.

Having said that, it’s hard to escape the fact that one (maybe even two) of my books brush up against the dystopian – How I Live Now, set in a very-near-future WWIII, and What I Was, which finishes in 2050 and a flooded eastern coast of Suffolk. (The latter scenario, by the way, is not one I made up – I own a little house on that coast, and no one, including the bank, expects it to last more than another twenty or thirty 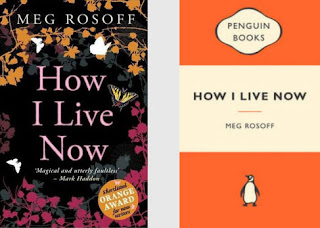 The big question, I suppose, is why so many writers are attracted to the subject, and why now, particularly? The twentieth century wasn’t short on anxiety thanks to (just for starters) two world wars, a worldwide flu pandemic, economic depression, and the advent of nuclear weapons.

But perhaps that led to more concrete worries – about war, disease and poverty. Today’s sources of anxiety already read like fiction. Think of genetically engineered babies, polar bears drowning in ice-less seas, smart weapons, cryogenics. Or as my husband remarked recently over a display of cod fillets, “we can’t eat them. It’s like eating leopard.”

This may all be beside the point. Writers from Margaret Atwood and Cormac McCarthy on down are producing dystopian stories, and readers are buying them. As for me? I like to take refuge in literary fiction, because it’s the pigeonhole in which I feel least cramped. Once there, I have a tendency to rub up against all sorts of genres – fantasy, history, adult, teen, whatever. Mostly I write about whatever pops into my head. Can’t help it.

Thanks so much, Meg!

I also want to point out the neat coincidence of the previous guest blog post by Carrie Ryan, who mentions reading How I Live Now just before writing The Forest of Hands an Teeth.

Great post! And interesting about the changing landscape of England. Or should I say, seascape? I can't wait to read this book!

I love to hear author's thoughts on things like categorization. It's interesting how many reject the labels that the public or marketing department have slapped on their books.

I see dystopian fiction as thoughtful and often hopeful, rather than depressing. They serve as a warning, yes, but almost always (for teens at least) are about overcoming adversity or overthrowing the bad guy.

I love How I Live Now. I read it a few months ago and was astounded by it's beauty. Thanks for a great post, Ms Rosoff and Mandy.

These guests posts are fantastic. Keep doing them, they are great!