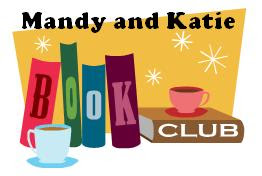 I hadn't read any Lois Duncan before, and Katie from Read What You Know, rightfully, thought this was scandalous! Obviously I wasn't completely unaware of Lois Duncan. Her little bio says she's written 40 books for teens and YAs. And the cover says she wrote I Know What You Did Last Summer, which I didn't know. I'm familiar with the movies but really hadn't thought it was taken from a book. I put it on order once I found out, and once I was like 50 pages into Locked in Time. 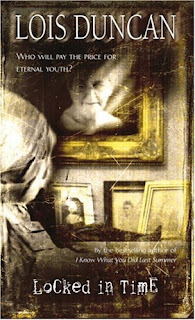 I was looking for something scary. Lately I have been bemoaning the lack of scary books in Teen fiction. Like really scary, not paranormal romance adventure tension. And Katie mentioned that Locked in Time scared her when she read it originally, and I liked the sound of the title. So we agreed on a Re-read/First Read challenge.

Nore has been away at boarding school after the death of her mother, when her dad summons her to join him and his new wife in Louisiana. Nore is eager to live with her dad again but wary of his new wife, Lisette. Although to her credit, Nore is also open to the idea of liking Lisette, even though she's not her mother. Lisette would have driven me crazy, even before the crazy sets in. She's a traditonal lady of the house, kind of strict and big on etiquette. She's always on about manners and social rules. And Nore's dad is completely wrapped around her finger.

Lisette has two kids, Josie, who's like 13 and Gabe who is Nore's age, around. Gabe and Nore kind of hit it off right away and there's a bit of romantic tension between them. Which is weird, obviouslym because they're step brother and sister. This is one line I didn't forget:

"Get over here, Nore!" he commanded with mock ferocity. "Tonight we're going to forget all the 'stepbrother' stuff. If you've got a hometown boyfriend, I don't want to know about him."

Ew. Although the heat between them doesn't last too long, once Nore realizes that Lisette's family has some very dark secrets. Secrets which involve Nore and her dad. At first Nore thinks Lisette may be a black widow, finding wealthy men to marry and then murder. But then she sees that it's so much more.

I was excited about the setting of Locked in Time. I wasn't really expecting it, based on the cover. I kind of thought it would take place in an old lady's house, with knick-knacks. Shadow Grove, the family mansion in Louisiana, sounds beautiful when Nore pulls up. And Lois really knows how to make you feel like you're fully experiencing the setting. She has an eye for detail and sensations.

As a little extra to the story, I thought it was neat that Nore has a special ability:

"This is different," said Lisette, "because Nore is Chuck's daughter. She is part of the package that Gabe will soon have to deal with. But there may be even more of a problem than that, Jo. Maybe it's something to worry about, or maybe it isn't: there's no way yet to be certain what effect this may have on things. The fact is, though, that with Nore Robbins, for the first time since all this started, we are involved with someone who has an uncanny awareness of time."

Nore can tell exactly what time it is at any time, and this ability plays into the plot in various subtle ways.

Locked in Time was a spooky read. I am always creeped out by the enemies-among-you-but-you-can't-say-anything theme. And I was so vexed by Nore's dad. I get that he might have been under the spell of a beautiful woman, but he really had no connection to his daughter and just expected that she would change her whole life to fit his needs. It would be funny to "interview" him after the final crisis. He'd be all, "Oh...man, Nore you were right. Huh. I should have listened..."

Spoiler alert! I remember Nore lying down in the cemetery, counting the minutes until it was safe to move. She chooses to think about her life in terms of years, recalling memories for each year to help the time pass. (Which I totally started doing after reading this book.) You've already read how I had somehow convinced myself that she was in a grave instead of hiding between graves. I always felt the tension in the story particularly at that point and was really worried about Nore. I still felt the tension, but I knew the ending this time around -- so I wasn't as worried.

I kind of loved how Nore, once she realized what might be going on, really pushed back hard. I didn't find her a victim in the book. What was your experience?

I think she totally kicked butt. I was seriously impressed that she had the guts to bring it up to her father, and that she didn't back down even when he was convinced she was lying. And I also loved how she got into the mystery of the whole secret -- doing research and sneaking around to find hidden diaries. She's just such a great driven personality.

What do you think about Nore's dad? How he behaved in general. Do you think he was under some kind of magic spell?

I don't think her dad was under any kind of spell. He was mostly, in my opinion, lonely. He missed Nore's mother and suddenly there was a beautiful woman who was interested in him. Who wouldn't pass that up? I am a little bit peeved that he didn't listen to his daughter about her suspicions, but I think he really just wanted a happy ending. Poor guy.
***

i'd love to read this. spooky is one of my favorite read :)

This sounds like an awesome read! You do the best book reviews - I always love them! :-)

I went to boarding school in Louisiana, too!!!!
Oh, I hope I also will think it's scary!

Shannon: Aw, you made my day! Thanks!

This Lois Duncan review made me SO happy. She is such a trip down memory lane for me—I was obsessed with her in middle school and her awesome terrifying titles:

Down a Dark Hall (also a boarding school nightmare, I think)
Daughters of Eve (some crazy feminist is a bad influence on young girls)
Killing Mr. Griffin (teenagers hate their teacher THAT much)
Summer of Fear (something about astral projection and a long-lost twin sister—SO good)

And then she disappeared. When I worked in a bookstore too, I would always try to jog people’s memories to zero avail.

Had so much fun doing this again with you! Can't wait until next time. :D